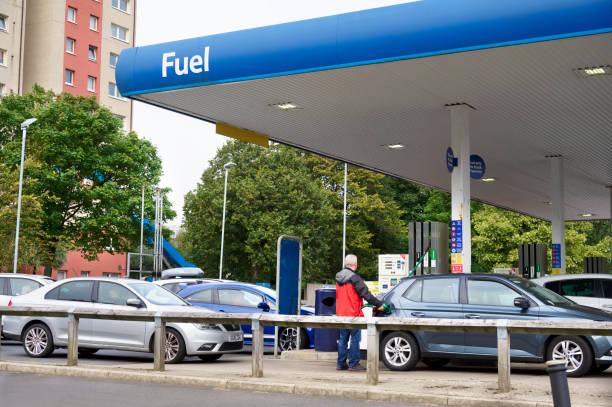 Businesses in Nigeria, the Giant of Africa, seem to be battling and struggling to survive, even as the country is suffering alongside some of her African counterparts.

Nigerians are struggling hard to survive the inflation that’s biting deep into the country’s economy. The hardship has now been exacerbated by the recent hike in fuel price owing to the recent scarcity of the product in the country.

The Fuel scarcity continues to bite harder in some parts of the country, even as Nigerians have raised the alarm on the alleged silence of the Government at all levels, most especially as the Yuletide approaches.

Nigerians have condemned the silence on the part of the government, while calling out the authorities to take immediate actions to avoid subjecting Nigerians to further hardship.

Nigeria is a country that’s battling with epileptic power supply. The poor power situation has made many families and businesses to rely on power generating plants which run on petrol and diesel. The current hike in fuel price is literally strangling businesses who depend on the product to power on their generating sets.

In the past one week, motorists have been experiencing untold difficulties in purchasing the premium motor spirit known as petrol and many communities across the country are crying out in frustration.

The situation became worse on Thursday and Friday as long queue have now characterized the few filling institutions dispensing petrol, which is being sold at #250 per litre, while some major marketers are selling at the official price of #180

To get fuel in some states, e.g  Oshogbo, Osun state, motorists now spend a whole day to get the products. To get fuel, one must be at the filling station as early as 5 AM, and the queue is just too much. According to one of the motorists who spoke with LynkUPP, the queue is just too much, and it sometimes get to a point that the management of the filling station told the attendants to stop selling. In his words, “Imagine waiting in the queue for 2 hours, only to be told you can’t buy fuel cos they’ve stopped selling. It’s really frustrating. The government should do something about this ugly situation, cos the hardship is too much on Nigerians.

Commuters are not left out of this hardship either. Owing to the scarcity of fuel and the attendant price hike, commercial motorists and motorcyclists have increased transferred fare by almost 100%.

The ugly situation is negatively affecting businesses in Nigeria, and if it’s not brought under control, many businesses may likely go under.

There Is No Lack Of Employment In Nigeria – Austin Edoho

There Is No Lack Of Employment In Nigeria – Austin...

This site uses Akismet to reduce spam. Learn how your comment data is processed.