Home Business News Benefits Of Having A Dream Mentor 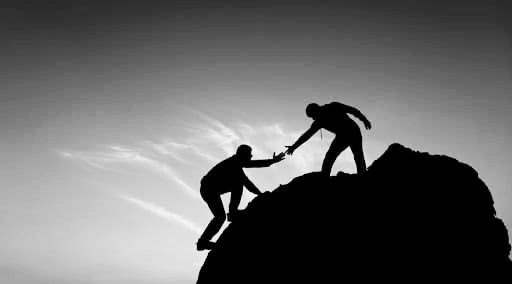 Benefits Of Having A Dream Mentor

Who is a Dream Mentor, and what are the benefits of having one?

“If you cannot see where you are going, ask someone who has been there before.” -J Loren Norris

It is a generally accepted fact that those who achieve success early in life have a mentor. Yes, mentorship gives you leverage and resources to build your life, business, or career.

Now, let’s be realistic: People who have achieved remarkable success in various fields have spent/invested money and time into building themselves and businesses. They have spent years making mistakes and correcting those mistakes.

Therefore, if you are in the same line of business like them, wisdom demands that you seek them out, and have a chat/build a relationship with them. Pinch their brain. If you’re humble and sincere enough, you will learn a whole lot from them in the shortest possible time.

So Who Is A Dream Mentor?

I’m Austin Edoho, the CEO of Business Cable, Director of Links Directory, and Publisher-in-Chief of SNN Africa. I’ve travelled a few countries delivering lectures and seminars on how to build a lasting brand. That’s quite a handful. But 8 years ago, I was practically unknown. I was a newbie, just venturing into journalism; what you would call a greenhorn.

The media terrain in my country is highly competitive, and I knew I wouldn’t be able to make it out there on my own.

So I looked for a mentor. He is the CEO of a media conglomerate, a media mogul. His name is a household name. I approached him, and offered to work for him. I worked with him for 3 years without being paid salary. I worked for free for 3 years. Some days I went hungry, some days I went sick. But I didnt give up. People called me a lot of names. Folks said I was wasting my time. But I knew what I was doing.

Benefits Of Having A Dream Mentor

There are various benefits attached to having a dream mentor. Let me use myself as a case study. At the end of the three years I spent with my mentor, I learnt a whole lot that I didn’t know about the media profession.

Furthermore, I got useful contacts in government and business sector. In my second year of working with him, I was already having meetings with those who matter in government, educational sector, and the general business world.

Today, I’m a director of 3 major companies, and a few other small business. I have travelled to several countries, and I’m doing well. And the fact remains that I can’t tell my success stories without mentioning my dream mentor. He helped me achieve in just a few years what would have taken me 25 years to achieve.

Which of the following is most likely to create a poor relationship between a mentor and a trainee?

Over the years, during my trainings and leadership seminars, people often approach need and ask, “Austin, which of the following is most likely to create a poor relationship between a mentor and a trainee?” And they usually list some factors such as slowness, lack of ability to grasp what one is being taught, and some other factors that hqve little or nothing to do with a mentor or mentee relationship.

I will do my best to enumerate the list of factors that will most likely create a rift in relationship between a mentor and trainee.

a. Greed. This applies to both parties. A mentor might become greedy, or a trainee/mentee might become greedy. It happened in the Bible, where a servant went to a king to ask for money in the name of his master. But that was a lie, and the master soon found out. That was the end of the relationship.

b. Disobedience. The hallmark of mentorship is humility on the part of the mentee. To be a mentee, you must obey and respect your mentor even when you think or feel he is wrong.

c. Pride. No one can go far in life without humility. If you’re not ready or willing to be humble, don’t ever consider having a mentor.

d. Impatience. A period of mentorship is a period of learning. You must be willing to spend some time learning from your mentor. People spend months and years learning, trying to acquire knowledge in their chosen field. If you’re always in a hurry to achieve, you will find it difficult to undergo mentorship, and it will hamper your relationship with your mentor.

Mentorship helped me grow. Having a dream mentor who believed in me actually contributed to my success in life.

You can also look out for a mentor or mentorship platform where you can learn all you need to learn in your chosen field or career. I’m sure you’ve heard it said that no one is an island. And the truth is that for every place you desire to be, someone has already been there, and someone is presently there. So seek out those to whom your future is their past. They will coach you, and guide you. The journey becomes easier when you have a guide who knows where you’re going to.

This platform is a wonderful place to get helpful content/resources that will definitely propel you forward in your business, career, relationship.

In conclusion, remember these famous words by Isaac Newton: “If I have seen further, it is by standing on the shoulders of Giants.”

How To Make Liquid Antiseptic